Small and medium businesses are central to any economy. According to World Bank Group, nearly 10 million small and medium enterprises make up 23 percent of the globe’s GDP, 80 percent of employment in the industries sector and a full workforce or (labor force) of 25 percent.

The challenge for these newbies is to survive, with so little resources and protection, in a market dominated by giant companies.

Microbusinesses face risks such as economic instabilities, transforming customer needs among other factors.

So, what are some things a small entrepreneur should worry about in 2020? 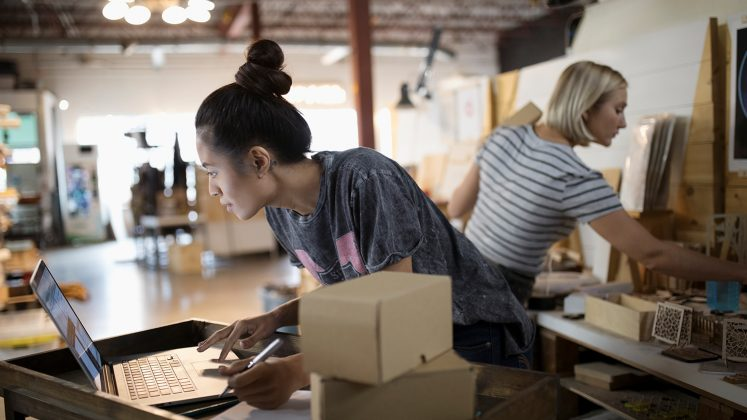 Over 50 percent of all US startups survive up to year four, and failure rates at the fourth-year peg at around 45 percent, according to the latest Startup Failure Rate Statistics by Smallbiztrends.com.

Here are the 4 main issues facing small entrepreneurs in 2020.

With UK micro businesses at the danger of almost 10,000 cyber-breach attempts per day and annual losses worth £4.5 million, security will continue to be an issue this year.

Phishing attacks are the most common approach followed by (2) malware, (3) fraudulent payment requests and finally, (4) ransomware over the last year.

Keeping a steady and healthy flow of cash in and out of business is a persistent concern for merchants. Guidant Financial featured a UK Small Business Trends report that showed over 30 percent (more than 2600 UK entrepreneurs) cited “cashflow snags” as an issue in their business.

Cashflow snags can be the consequence of factors like plummeting sales, unplanned spending, and poor cash flow management. But the study still finds past due invoices as the main obstacle to the flow of cash in business—over half (54 percent) of the studies SMEs had late invoices.

Brexit, Britain’s controversial plan to leave the EU is sending fear down the spines of small business entrepreneurs in London and other parts.

Nearly half (49 percent) of UK small businesses feel leaving the European Union will deteriorate their business, according to a YouGov study.

The effects of a no-deal Brexit are a bigger concern with failure rates predicted to hit an entire 20 percent. Failure rates may drop to less than 10 percent if the UK exits with a deal.

In September Forbes featured a commentary by Jonquil Hackenberg on how the UK was leveraging tech in a bid to fill talent gaps. And skill shortage will continue to be a problem in 2020. The YouGov report revealed that remote areas like Yorkshire face twice as much talent shortage as cities like London.

Many other challenges will face business owners but these four will be a sticking pain for many entrepreneurs around the globe.

Author Bio: Michael Hollis is a Detroit native who now lives in Los Angeles. He is an account executive who has helped hundreds of business owners with their high risk business loan solutions. He’s experimented with various occupations: computer programming, dog-training, scientificating… But his favorite job is the one he’s now doing full time — providing business funding for hard-working business owners across the country.